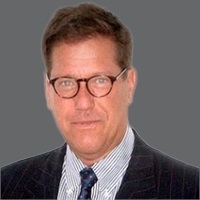 Mark is an emerging markets veteran with 25+ years of experience as a corporate financier and advisor. A generalist, he has served sovereigns, institutions and companies across many industries within the context of challenging markets. He started his career and trained at Irving Trust, now BNY Mellon, where he was a lending officer in its LATAM group. Subsequently, he formed part of the decade-long, #1 M&A advisory team in Argentina, BGN-Credit Suisse First Boston. Later, he returned to the US and worked in the capital markets unit of the private sector of the Inter-American Development Bank, prior to returning to Argentina to lead the startup team of Cohen SBSA’s public market structured finance effort which achieved a #3 rank four years after inception. Then, after briefly working in a business development capacity at KPMG, he pursued entrepreneurial, principal and academic interests before joining the Young America Capital team in 2018. Mark has worked on nearly 20 completed strategic transactions for the transfer of control of assets valued in excess of USD 5 billion, a few of which with significant industry import. He earned his BA at Georgetown University and his MBA with Beta Gamma Sigma honors from Columbia Business School. He holds active FINRA 63 & 79 licenses. Mark is bilingual English/Spanish and has working knowledge of Portuguese.