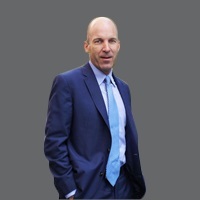 Michael Huttner is a corporate and political strategist, attorney and entrepreneur. Prior to heading Powerplant Strategies, he served as CEO of Fenton, the largest social change agency in the U.S..  He previously served as President of the Huttner Group, Inc., a Boulder-based firm, which helps solve complex financial, communications and public policy problems in a variety of industries.

Michael has helped launch over 40 different political organizations and has led communications ‘war-rooms’ for political and private clients. He also is a Founding Partner of Triumph Strategy, LLC, in which he has worked with hedge funds, public and private corporations and other financial institutions. Michael is the Founder of ProgressNow, a network of state-based communications organizations that moves people to action through communications and digital media. Described as the “crown jewel” of progressive investors’ efforts to build messaging power in the states, ProgressNow continues to expand with more than 3.4 million members in 23 states.

Previously, Michael was a founding partner in the Denver law firm of Foster, Graham and Huttner where he headed the firm’s political, nonprofit and lobbying practice. Prior to his private practice, he worked as Policy Advisor to Governor Roy Romer and clerked at the Clinton White House for the Office of the Counsel to the President. Michael also has taught as an adjunct professor at the University of Denver College of Law. He earned his J.D. from the University of California, Hastings Law School, where he served on the Hastings Law Journal, and his B.A. from Brown University. FINRA licenses 24, 63, 79 and 82.